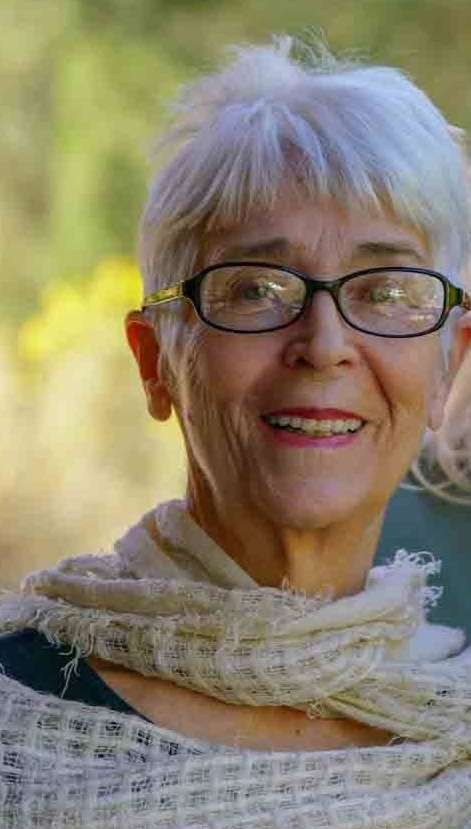 A Diwali celebration on the mountain.

My dear old husband Howard died at the end of August 2005, just as Hurricane Katrina hit. It was four days after we retired to our dream house in a mountain village in California, not far from the Los Angeles sprawl.

Whew! Retirement has been a little different than I planned.

Howard had been sick a number of years and keeping him going took up a major part of my time and thoughts. When he died, I was in a new community where I knew few people. And there were empty hours and days I needed to fill. I just didn’t have the psychological wherewithal to pack up and move back to Santa Monica.

Writing had been part of my life, yes. I worked at the University of Southern California and had free tuition for the master’s creative writing program. But I wanted to write complicated literary novels about unhappy families. I wrote four of them, all unpublished. I see now they weren’t very good, but I didn’t know that at the time.

Mysteries were what I read for secret pleasure. Why not try one since my life had taken such a twist? Why police procedurals (mysteries where a law enforcement officer is a protagonist?)

I’ve always been a cop watcher, trying to decide if it was just one bad apple spoiling the barrel or was the whole barrel spoiled. The Santa Monica Police Department offers the Citizen Academy, a 13-session program inviting residents to peer behind the blue curtain. I saw two cops parked watching a demonstration I was involved in and recognized them as detectives.

An idea captured me. I’m writing my eighth mystery now; five of them have featured those fictional detectives.
Another one, Payback, features a patrol officer in the village where I live.

You can start your writing life at any age. I wish I were 25 again, sure. All that energy I once had. How I’d love to direct it in my writing life. I’ve got so many ideas bubbling in my head, places I want to take Mason and Delgado, Stafford, and Holly. I can’t focus the way I once did. I don’t have the confidence they’ll all get written.

However, this is the best time in human history to write novels called mysteries. That’s the only reason I wish I were 25, really. I leave it to real 25-year-olds to live in the world of today. I’m not sure I’d survive it.

I came of age in Santa Monica. I happened to be in my 40s, but that´s when I found myself. Living at 7th and San Vicente was my little paradise. I looked out on a row of exotic coral trees. The neighborhood soundscape was the slap of joggers´ shoes and the roar of Big Blue buses taking Latinas to jobs with rich households in the Palisades. I worked every Santa Monica election and became involved with the living wage movement. The excitement and political drama made it the time of my life. No Dice came out of my work with union laborers and the big hotels of Santa Monica.

I sat in at City Council meetings and observed the players—rent controllers versus developers, big money versus cheap labor. It was the perfect backdrop for a fictional story about casinos vying for a piece of Santa Monica´s action. In my novel, everything busts loose when a murder throws two unlikely characters together: Ginger McNair, community coalition-leader, and Dave Mason, a hard-nosed cop.

READY FOR MORE MAR? POP OVER TO HER MEDIA PAGE AND READ DIFFERENT INTERVIEWS

My form of high risk behaviour. Eating my first pi